NEW YORK and DUBAI, UAE, July 25, 2022 /PRNewswire/ — The United International Baseball League (UIBL) announced today its plan to bring professional baseball to India, Pakistan, and the Middle East, beginning with an Inaugural Showcase that will take place in Dubai in February 2023. The UIBL has partnered with Hall of Fame baseball legends, Mariano Rivera and Barry Larkin – two of the sport’s most iconic and decorated stars, with a combined six World Series Championships and 25 All-Star Game selections – to help build, develop and grow the league. 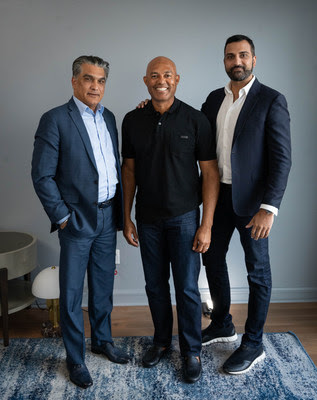 The Indian Subcontinent and the Middle East region are home to two billion people. More than 900 million of those people are fans of cricket – the world’s most popular bat and ball sport. While baseball exists in small pockets across South Asia and the Gulf Cooperation Council (GCC) countries, there is an absence of professional leagues and a void of deep, grassroots player development expertise and infrastructure. The UIBL team is looking to change that.

“I’m very grateful to be a part of the UIBL’s exciting mission to inspire two billion new fans to fall in love with baseball,” said Rivera, professional baseball’s career leader in saves and games finished, and the only player ever unanimously elected to the Hall of Fame. “We believe there is an amazing opportunity to educate, inspire and entertain those cricket fans, and open their hearts to an exciting and culturally-relevant form of baseball.” 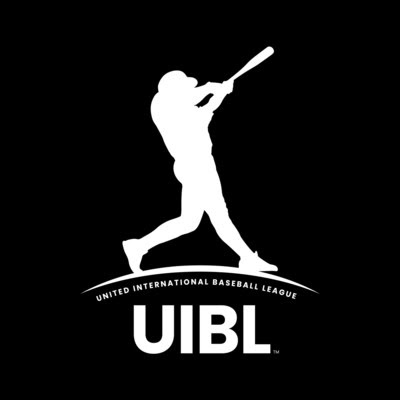 American baseball is a $13 billion business with nearly 100 million fans across the U.S. and Canada and a rabid following throughout Latin America. However, the game has yet to connect with South Asian and Middle Eastern sports fans, who collectively represent the largest cricket fan base in the world. In South Asia alone, more than 167 million people watched the International Cricket Council (ICC) T20 World Cup last year – 70 million more than the Super Bowl and over 150 million more than the World Series.

In contrast to baseball’s aging fan base, which has an average age of 57 years old – cricket fans are among the world’s youngest sports fans, with an average age of 34. The UIBL has plans to innovate and evolve the game to help capture and engage this younger, more diverse demographic.

“We want to honor the game, and we want to change it,” said Kanwal S. Sra, Founder, Chairman, and CEO, of the UIBL. “We’re excited to help share the beauty and heritage of the game with a part of the world that has yet to fully embrace it. And we’re also excited to do some things differently, acting on years of data, decades of research, and centuries of cultural understanding. Most importantly, we are passionate about helping unleash the next generation of Indian, Pakistani, and Emirati sports heroes that millions of fans will be able to connect with and relate to for years to come. There’s no place better place in the world to begin this journey than Dubai, one of the most iconic cities in the world. Dubai is driven by exceptional leaders with a shared vision of growth through sports and entertainment, and we are honored to partner with them.”

The UIBL will introduce new rule changes, create original gameplay concepts, and bring to life a more immersive viewing experience for fans at the stadium and home. In addition to innovations in gameplay and entertainment, the UIBL will pioneer a multi-country league format that will include players from across the world and enable international competition. The league has already begun activating its international scouting and South Asia-focused development program, with a vision to partner with exceptional local organizations to build UIBL Baseball Academies across the region.

“We truly believe that player development has to start at the grassroots level,” said Larkin, winner of nine Silver Slugger awards, three Gold Gloves, and one of only 42 players in history to win a World Series, an MVP award, and be inducted into the Hall of Fame. “I’ve spent the last twenty years of my life focused on helping young people learn the fundamentals of our great game, as well as the fundamentals of great leadership. That’s the beauty of baseball – when you teach it the right way with the right conviction, you can help young people succeed on and off the field. I’ve seen it here in the U.S., I’ve seen it during my time in Brazil, and I’ve witnessed it during my trips to East Asia. Now, I’m very excited to help bring that level of instruction and guidance to India, Pakistan, and the UAE.”

As part of its launch, the UIBL also introduced its brand logo and design, which artistically captures the most exciting moment in baseball – the home run. Each element of the brand is designed to both help educate the region on the game as well as inspire the imagination of younger fans.

“Not many moments in sports measure up to the energy and excitement of a home run,” said Kash Shaikh, President and Chief Marketing Officer of the UIBL. “The crack of the bat. The roar of the crowd. The elevation of the ball met by the rise in the stands. A home run can unite a stadium with a single swing. And it’s done just that for over a century. We wanted to capture that moment, and share some of that magic with a new generation of fans in South Asia and the Middle East. I can’t wait until our fans in Dubai can experience it for themselves.”

UIBL’s Inaugural Showcase will feature four franchises representing different parts of the world. Franchises, managers, coaches and rosters will be announced at a later date. All Showcase games will be played in Dubai.

The United International Baseball League (UIBL) is the first-ever professional baseball league created to serve India, Pakistan, and the Middle East. Our vision is to help unite the world through our shared passions for sports, entertainment, and culture. With over two billion people and nearly one billion cricket fans within the region, we’re committed to bringing innovation, entertainment, and an international footprint to baseball to help inspire more fans to fall in love with the game. For more information, visit www.UIBL.pro.

SOLANA BEACH, CA / ACCESSWIRE / September 28, 2022 / After successfully testing and showcasing the new PerfectSwell® surf pool at Boa Vista Village, which is now being claimed by the surf industry as “the best wave pool in the world”, AWM announces that they are once again partnering with JHSF to deliver world class […]

Ideal for adaptogen supplement solutions and natural preservatives in food and beverages. Bedford, Mass., Sept. 27, 2022 (GLOBE NEWSWIRE) — Conagen announced the commercialization of its 99% high-purity salidroside made by bioconversion technology, an active ingredient from the herbal plant Rhodiola rosea (golden root). Its strong antioxidant properties as an adaptogen are associated with reducing […]