Higher Financial cost has hit the profitability in 1HCY11

Engro Fertilizer (EFL) remained the primary bread earner in 1HCY11 for the company, recorded PAT of PKR 2,175mn (EPS: PKR 5.53), exhibiting a growth of 8%YoY due to higher Urea prices and off take. Urea sales during the period were 575kT (139kT from new plant), an increase of 17% YoY. On the other hand, sales of blended product (Zarkhez and Engro NP) increased by 38% YoY to 61 kT from 45kT reported last year. Despite higher product prices and off take, the bottom line of EFL remained muted in 1HCY11. This was mainly due to higher financial charges of 1.9bn booked in 2QCY11 as interest cost was not capitalized after April 30th, 2011, despite the fact that Engro Enven declared CoD at the end of June 2011.

In 1HCY11 the company reported a PAT of PKR 314mn (EPS: PKR 0.80) compared to profit of PKR 973mn (EPS: PKR 2.48) witnessed in last year, a decline of 68% YoY. DAP sales for the period stood at 106 Kt, a mere rise of 3% YoY compared to 103 kT in the corresponding period last year. Lower profitability was due to lower margins as the Eximp enjoyed inventory gains last year as oppose to this period.

Engro Polymer is contracting the bottom line of Engro Corp

In 2QCY11 EPCL suffered a loss after tax of PKR 136mn (LPS: PKR 0.35) taking 1HCY11 net loss to PKR 195mn (EPS: PKR 0.50) although net revenues recorded a jump of 17% YoY to PKR 8bn. This loss is mainly on account of troubled Vinyl Chloride Monomer (VCM) operations, which increases reliance on expensive VCM imports. However VCM operations have been improved since last year and extensive efforts are being made to ensure smooth operation of the plant. Besides this, financial cost is proving fatal for the company, pushing its operating profit into the red zone.

Engro Foods is a shining star

Engro Foods continues to prosper and does better than expectations. During the 1HCY11, Engro Foods revenues grew by 43% YoY to PKR 13.6bn translating into PAT of PKR 217mn as opposed to loss of PKR 180mn posted last year. This is due to 20% higher volumetric growth in UHT milk segment mainly driven by Tarang. Similarly, ‘Omore’ volumes recorded a growth of 51% to 53 klpd (thousand litres per day).

Currently all plants on SNGPL network are being getting ~80% gas contrast to earlier when Arif Habib saw continuous plant shutdown of one or more plants. Arif Habib believes this would continue to be the scenario at least in the short run. However, fertilizer plants on Sui network would be closed when Qadirpur starts its annual turnaround from August 28th, 2011 for a period of one month as planned. Gas situation could ease if OGDCL gets its Kunhar Pashaki field online by October end 2011 as planned. This positive development may restore some confidence in investors’ minds and aide the stock of Engro to post some gain which has taken severe beating in the last few months.

Arif Habib Limited’s Dec’11 SOTP based target price for ENGRO stands at PKR 224/share, which offers an upside potential of 75% from the last closing price of PKR 128/share. Furthermore the scrip is trading at a PER and dividend yield of 6.6x and 4.7% based on Arif Habib Limited’s CY11 earnings estimates. 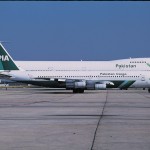